EDIT:
Since I wrote this article, Aria Rose deleted her video about Belle Delphine. Nonetheless, the points I make in this article are still relevant.

During an innocent roaming on YouTube, I was recommended to watch a video of Youtube author Aria Rose “Let’s talk about Belle Delphine“. By that point, I had no idea who Belle Delphine was, but I deducted there might be something wrong with whatever it is she’s doing. I always like to watch this kind of videos, especially because these are videos that usually present a new perspective or show certain details that I haven’t taken into account before. The structure is similar across all videos:

This type of video can be found on Philip DeFranco’s channel, where, in addition to news footage from around the world, he creates videos dedicated to a specific topic such as a murder trial with policy effects, attacks in Yemen, a new law that could forever change the Internet and other interesting topics.

This time I found myself watching a video regarding cosplayer Bell Delphine. For those unfamiliar with the concept, cosplayers are people who create and dress-up (as the name suggests: Costume-Player) in amazing costumes from pop-culture as a hobby, though many people do it in a professional way, either selling pictures of themselves dresses as popular characters or selling high-quality props and materials for other cosplayers.

My first instinct was to rocket-click the “skip” button, until Aria said Delphine charges 25$ for pictures that [Aria] would never pay that amount for (More on that later). My first reaction to that was, “Well, sure, you’re probably not the target audience”, swiftly followed by “There will always be someone who’ll consume a product”.

God, I love Taylor Swift. Yeah, I’m a guy and I’m into the amazing all-American Talyor Swift. Deal with it. But seriously now, in her song “Shake It Off” Taylor says “Players gonna play, Haters gonna hate, I’m just gonna shake it off” (rephrased). Generally speaking, the song talks about how there will always be some people who would doubt and even try to sabotage you.

When you’re trying to work your way up the startup ladder, you notice it quite a lot: people who initially don’t have faith in you or what you’re trying to accomplish quickly change their mind when they see a finished product or after being proven the product actually works. When I started with Network Marketing, those people were called “Dreams Thieves” (sounds better in Hebrew, but just as tacky) – People who are frustrated by not succeeding on their own, who are convinced no one can make it in a field they failed at, or people who genuinely believe they have your best in mind but are sure they’re helping you by not letting take any risks. Obviously, it’s a very narrow-minded point of view, and those people who give advice sometimes do really know what they’re talking about. We need to be clear enough to identify when it’s genuine, founded advice, and when it’s a baseless personal opinion.

No, it’s not an inappropriate invitation for a kiss or a reference to one of the most amazing bands ever existed. It’s an acronym for one of the most simple principles, cherished by our favorite entrepreneur Steve Jobs – “Keeps It Simple, Stupid“. The phrase, coined by the US Navy back in the ’60s, claims that system work best when they are easy to operate; That’s why simplicity should be your highest goal when designing a new product, and you should always avoid unnecessary complexity. It makes sense when you think about it.

Nowadays, Facebook turned into the “Multi-Platform”. You can add friends, join groups, attract followers, advertise businesses, and even sell merchandise and offer services. It’s easy to forget Facebook started as the poor man’s Tinder: The only option it offered was choosing who’s hotter between two college students’ pictures, chosen at random. The simplicity of the interface and the interesting concept are what led to Facebook’s popularity and the popularity of similar apps such as Tinder and Bumble. Simple is easy, and easy is fun.

3. People Will Pay Every Price*

…As long as they feel the product solves a problem or gives them value. A value of a product is dictated by the value people assign to it. Supply and demand. The whole Wallstreet system is based on this thing. In her video about Delphin, Aria mentions the former’s Patreon page (a membership platform that provides content creators with different subscription solutions based on levels and rewards). According to Aria, Delphin provides her subscribers with “sexual pictures, shoutouts, behind the scene footage; typical things for internet stars”.

The pictures, according to Aria, are always leaked soon after publishing and they’re not something she’d pay 25 bucks for. On the other hand, she’s not the Target Audience. Here’s something very important we need to understand: It doesn’t matter if it’s a product or a service, the customer will pay any price written on the label as long as they feel said product or service gives them value or solves a problem they have – a literal example for this idea can be seen in the Red Paperclip scenario:

Which brings me to lesson number four…

People will consume any content, service, or product that provides them with value. It can be anything, even a funny cat video that has no added value (but let’s face it: every cat video has enough value for decades). When creating something new for out customers, we need to think “What is the value of this product for my customer? What added value am I providing my customers with?”

People like to pay for things that make them feel good – Gadgets, vacations, trips, food, clothes, company, etc. They’re even more prone to pay for the product when they received an earlier, just as valuable, product from the same supplier – for free. That’s why the interner is flooded with free eBook this and free sample video that. They buy the customer’s trust by providing them valuable solutions for free, and only then they offer something that we need to pay for. “If that’s what I get for free, boy o boy what would I get if I’d pay?”. You get the idea.

The best way to go at it is to think like a customer:

“What would I expect from this service?”

Those questions will lead you to creative ways in which you can provide value to your customers and build your brand effectively.

5. Know Your Market and Identify Opportunities 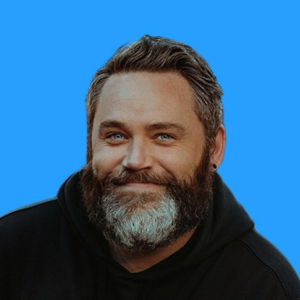